The UPV, the CIBER-BBN and the CIPF prove the efficiency of a new drug that deletes senescent cells and reduces the toxicity in the treatment of the cancer

The accumulation of senescent cells plays a significant role in cancer pathogenesis and other diseases. However, senolytic drugs (intended to remove senescent cells) present significant toxicity, which limits their therapeutic benefits.

Now, a new international study involving researchers at CIBER-BBN, the Universitat Politècnica de València (UPV) and the Principe Felipe Research Center, in collaboration with the University of Cambridge, have just proved the efficiency of a new conjugated drug, Nav-Gal, which selectively removes senescent cells, minimising the effect on healthy cells and reducing toxicity through this therapy. The use of this drug in combination with chemotherapy could be confirmed as a promising strategy in treating cancer. The auspicious results of this study have been published in the journal Aging Cell.

Senescence is a response to cell damage and stress characterised by the arrest of the cell cycle. When aging, cells permanently stop dividing, thus preventing the propagation of damaged and dysfunctional cells. However, eventually, a massive quantity of senescent cells accumulate in tissues, resulting in the onset and progression of multiple disorders, including diabetes, cardiovascular diseases, lung fibrosis, neurological disorders or cancer. Moreover, in the case of cancer, several chemotherapies result in cell senescence, and this accumulation of senescent cells due to the treatments has been related to tumourigenesis, associated with metastasis and the recurrence of tumours in different types of cancer. That is why the search for new drugs that remove senescent cells induced by cancer treatments is a key question in order to guarantee the total eradication of the tumour and prevent them from recurring.

On this front, senolytic drugs (compounds that kill senescent cells using several mechanisms) are a promising therapeutic alternative in oncology and for treating other diseases related to the accumulation of senescent cells. However, today senolytics present a low specificity because they also damage healthy cells, and have significant toxicities, which reduce their therapeutic benefits.

In this new study, published in Aging Cell, researchers at CIBER-BBN, the Universitat Politècnica de València (UPV) and the Principe Felipe Research Center, in collaboration with researchers from CRUK, at the University of Cambridge, worked on the design of a second-generation senolytic, which is more specific and less toxic. They focused on Navitoclax, a drug validated in preclinical models that proved to have a high capacity to destroy senescent cells, modifying it with acetylated-galactose.

The new compound, called Nav-Gal, results in a drug with selective, wide-ranging senolytic activity, which induces the death of senescent cells while preserving the activity of healthy cells.

“To summarize, we suggest the galactose conjugation with certain drugs as a versatile methodology to develop second-generation prodrugs with high senolytic activity and reduced toxicity,” explains Ramón Martínez Máñez, member of the Interuniversity Research Institute for Molecular Recognition and Technological Development (IDM) of the Universitat Politècnica de València, Scientific Director of CIBER-BBN and one of the study’s coordinators.

The researchers tested this drug in combination with chemotherapy (cisplatin) in human lung cancer cells, proving that treatment with cisplatin and Nav-Gal results in the eradication of senescent lung cancer cells and significantly reducing tumour growth. “This study provides evidence of the potential clinical application of combining senescence-induction chemotherapies with senotherapies in cancer,” explains Daniel Muñoz Espín from the CRUK Early Detection Programme of the University of Cambridge. Moreover, the compound Nav-Gal reduced platelet toxicity and the thrombopenia (reduction of the platelet circulation in bloodstream) caused by the previous drug, Navitoclax. 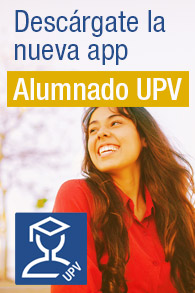