The Shanghai ranking, internationally recognised as the most prestigious indicator of universities in the world, once again confirms the UPV as the best Technical University in Spain 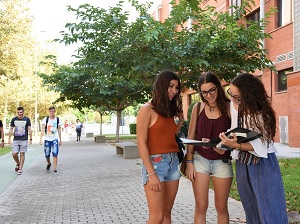 The Academic Ranking of World Universities (ARWU), popularly known as the Shanghai ranking and considered the most prestigious indicator of universities in the world internationally due to the objectivity of its methodology, has, once again, recognised the Universitat Politècnica de València (UPV) as the best Technical University in Spain.

In its results, made public early this morning, ARWU places the institution directed by José E. Capilla as the only Spanish Technical among the top 500 universities worldwide. The podium is completed by the Universidad Politécnica de Madrid (UPM), ranked 601-700, and the Universitat Politècnica de Catalunya (UPC), ranked 701-800.

Created in 2003, ARWU includes the UPV in the international university elite for the 18th consecutive time and also places it in the top 10 of all universities in the country, ranking it ninth among all higher education institutions, both public and private, in Spain.

Along with ARWU 2022, the other two most recognised world university rankings, QS and THE, also endorse the UPV's level. Not in vain, at the end of last June, the QS World University Rankings included the UPV in the world's top 400, also indicating it as the best university in the Valencian Community.

Earlier, at the beginning of May, The Times Higher Education (THE) magazine recognised the UPV as one of the 300 universities with the most significant social and economic impact in the world, as well as including it in the top 100 in educational quality, innovation and infrastructures, responsible production and consumption.

This information on the quality of education at the UPV is especially valued by students when choosing their future. It is no coincidence that, for the academic year that begins in less than a month, the UPV has broken its records for both new students and students who have chosen the Technical University of Valencia as their first choice for their bachelor's degrees.