The best in Spain

The UPV is the only Spanish polytechnic university to be included in ARTU, the ranking that incorporates the three most prestigious indicators in the world: Shanghai, THE, and QS 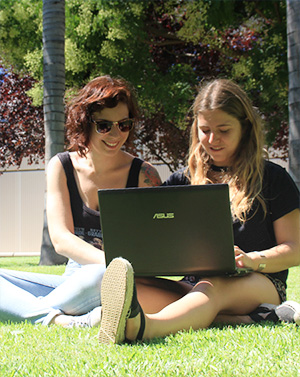 The Universitat Politècnica de València (UPV) is the best polytechnic university in Spain. This is confirmed by the latest edition of the Aggregate Ranking of Top Universities (ARTU), which combines the results of the world’s three most important university quality indicators: the Academic Ranking of World Universities (ARWU), popularly known as the Shanghai ranking, the ranking by the Times Higher Education (THE), and the index devised by the consultancy firm Quacquarelli Symonds (QS).

Drawn up by the prestigious University of New South Wales (UNSW, Sydney, Australia) –65th, 70th and 43rd best university in the world, respectively, according to the most recent editions of the three aforementioned indicators–, ARTU has been publishing the list of the world’s best universities since 2012: a ranking that, since 2020, has listed the 400 most outstanding universities around the world (from 2012 to 2019 it only included the top 200).

The UPV is the best polytechnic and no. 1 among Valencian universities

For the second consecutive year, ARTU has considered UPV to be the best polytechnic university in Spain and number 1 among Valencian universities, a distinction that endorses the teaching quality of the institution currently directed by José E. Capilla. The rector is satisfied with these figures, but he “is aware of the challenges facing the university over the next few years” as well. Listen to the rector’s statements via this link (audio).

The UPV is both the only polytechnic university and the only Valencian university to have been included in this latest edition of the ranking, which only features the world’s most important institutions.

Internationally recognised by all top-level rankings

The ARTU ranking once again reaffirms the quality of education at the UPV, as recognised by all the top international rankings. In fact, in August 2021, ARWU ranked the UPV as the best polytechnic university in Spain, and included it in the world’s best 500 universities for the 17th consecutive year.

THE currently considers the UPV to be the Spanish university with the biggest economic and social impact, while last June, the QS World University Rankings included the UPV in the world's top 400 (as 371st), and also distinguished it as the best university in the Valencian Community.