The UPV is among the 10 best universities in Spain, and the best in the Valencian Community, according to the QS ranking 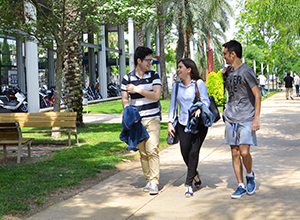 The Universitat Politècnica de València is among the 10 best universities in Spain and the best in the Valencian Community, according to the latest edition of the prestigious QS World University Ranking. The QS ranking also places the UPV among the 400 best universities in the world, as it ranks 371st in this list, compiled yearly by the consulting firm Quacquarelli Symonds.

The 2022 QS World University Ranking is led by the Massachusetts Institute of Technology (MIT) for the seventh consecutive year, followed by the universities of Oxford, Stanford and Cambridge.

To carry out this study, the consulting firm Quacquarelli Symonds takes into account six dimensions of higher education institutions: their academic reputation, their reputation with companies, the impact of their research, their ratio of students per lecturer and their percentage of international students and lecturers.

The UPV stands out regarding lecturer-student ratio, as it ranks 177th in the world, and first among public universities in Spain, in this parameter; also as regards its academic reputation (331st in the world) and its reputation with companies (501st globally).

The Universitat Politècnica de València is the only university in the Valencian Community to be featured among the 400 best in the world, according to the QS ranking. As for Spanish polytechnic universities, the UPV is the second best placed in the ranking among them.

The QS World University Ranking, prepared by the British consulting firm Quacquarelli Symonds, has been published every year since 2004; it is, together with the Shanghai and THE (Times Higher Education) rankings, one of the most prestigious indices in the world.

This year, the QS ranking has analysed 6,415 universities all around the globe, out of the more than 22,000 existing institutions; of these, only 1,705 reached the final evaluation table. The results have taken into account 14.7 million academic articles published between 2015 and 2019, and the 96 million citations received by those articles; the expert opinions of more than 130,000 lecturers and more than 75,000 company representatives have also been considered.

It should be noted that the consulting firm Quacquarelli Symonds also prepares the QS World University Rankings by subject, which in their latest edition positioned the UPV as a benchmark in 15 disciplines.

This result falls in line with the excellent positions the Universitat Politècnica de València reached in other national and international rankings, such as the Academic Ranking of World Universities (Shanghai ranking), which places the UPV as the best polytechnic university in Spain.