The Shanghai ranking, internationally recognized as the world's most prestigious university indicator, consolidates the UPV as the best polytechnic university in Spain 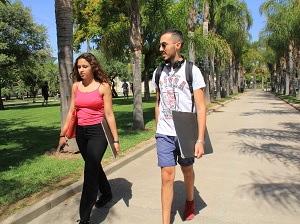 The Academic Ranking of World Universities (ARWU), popularly known as the Shanghai ranking and internationally considered the most prestigious university indicator in the world due to the objectivity of its methodology, has recognized, one more year, the Universitat Politècnica de València (UPV) as the best Spanish polytechnic university.

In its results, made public today, the ARWU ranks the institution directed by José E. Capilla in the 301-400 range, being the only polytechnic university in the country included among the 500 best universities in the world. The Spanish podium, in this area, is comprised by the Universidad Politécnica de Madrid (UPM), located in the 501-600 range, and the Universitat Politècnica de Catalunya (UPC), which is in the 701-800.

Created in 2003, ARWU includes the UPV in the international university elite for the 16th consecutive time and also ranks it as the 6th best university in Spain, tied with the Autónoma de Madrid, the Universidad del País Vasco and the Univesitad de València.

In this sense, the UPV, which already climbed from 8th to 6th place in the national ranking last year, moves even further up the table and places among the top 5 Spanish universities in the Shanghai ranking.

Internationally recognized by all top-level rankings

Along with ARWU 2021, the other two main world university rankings, QS and THE, also endorse the UPV's level. Not surprisingly, last June, the QS World University Rankings included the UPV in the world top 400 (371st), which crowned it as the best university in the Valencian Community.

Before that, in May, the magazine Times Higher Education (THE), recognized the UPV as the university with the greatest social and economic impact in Spain, in addition to highlighting its solid commitment to the sustainable development goals (SDG), including it among the 25 best in the world in three of them: clean and affordable energy (12th), responsible consumption and production (20th), and climate action (22nd).