The UPV, among the 400 best universities in the world, is in the top 10 nationally and number 1 in the Valencia Region 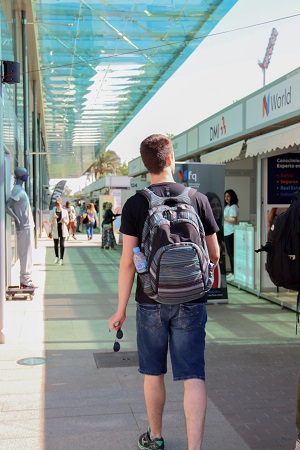 The Universitat Politècnica de València (UPV) is the best university in the Valencian Community and is among the top 10 in Spain. This is according to the latest edition of the prestigious QS World University Rankings, which includes the UPV among the 400 best universities worldwide.

Globally, the ranking compiled by the Quacquarelli Symonds consulting firm is led by the Massachusetts Institute of Technology (MIT) for the eighth consecutive year, just ahead of the universities of Cambridge, Stanford, and Oxford.

Best university in Spain to study Agriculture and Forestry Sciences

In addition to the QS World University Rankings, published annually since 2004, Quacquarelli Symonds also produces its annual university rankings by subject. In its latest edition, published last March, QS singled out the UPV in a total of 19 disciplines, ranking it as the best university in Spain and 41st in the world to study Agriculture and Forestry and placing it in the top 150 worldwide in up to 7 subjects.

Best polytechnic in Spain for the Shanghai ranking

This result joins those obtained by the UPV in the other two main world university rankings: ARWU (popularly known as the Shanghai ranking) and THE. In its most recent edition, Times Higher Education recognises the UPV as one of the 300 universities with the most significant social and economic impact in the world and includes it in the top 100 in educational quality, innovation and infrastructure, and responsible production and consumption.

For its part, ARWU considered the most prestigious international ranking, highlights the UPV as the best polytechnic in Spain and includes it, for the 17th consecutive year, in its global ranking of the 500 most important universities in the world.