UPV, one of the 150 best European universities 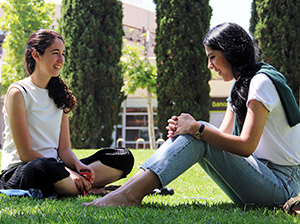 The Universitat Politècnica de València (UPV) placed among the 150 most outstanding European universities and among the best 400 in the world. This is according to the QS World University Rankings 2021, which along with the Shanghai (ARWU) and the Times Higher Education (THE) rankings, is considered one of the most prestigious indicators of university quality in the world. At the local level, this is the best university in the Comunitat Valenciana and the ninth in Spain.

This ranking, which this year celebrates its 17th edition, is prepared by the international high education consulting firm Quacquarelli Symonds (QS), which evaluated the best one thousand universities in the world—today, there are more than 22,000 higher education centers in the world.

In the global classification—led by the Massachusetts Institute of Technology, MIT—UPV climbed 10 places compared to last year, reaching the 326th spot, its second-best result in this prestigious ranking. Since 2014, the Valencian institution has climbed a total of 57 places, which represents a clear evolution of its performance. Therefore, it is consolidated in the top 400 in the world and closer to the top 300. In the European classification, the QS ranking places the Universitat Politècnica de València as the 143rd best university of the Old Continent.

The institution views this result very positively. “The work we are doing at UPV both at a teaching level and a research level is increasingly recognized, as well as beyond our borders,” says Juan Miguel Martínez Rubio, chief of the Rector’s team. “Without doubt, this is a triumph for the entire university community and encourages us to go ahead even stronger now”.

UPV particularly stands out in the professor/student ratio- it is in the 150th position of the world in this indicator. This year, it has also particularly improved in academic reputation, where it climbed 19 places. It is important to note that this is the most significant variable of the QS ranking, because it represents 40% of the overall score and where the organization invests most of its efforts: they gather the opinion of 125,000 university professors from all over the world.

QS defines UPV as a big, public, mature university with a very high level of research. As a matter of fact, among the four steps established by QS, calculated according to the number of documents uploaded to Scopus for the last 5 years, the Universitat Politècnica de València was rated as the highest one.

The most consulted ranking in the world

According to several sources, such as Google Analytics, Alexa, SimilarWeb and the media monitoring platform Meltwater, the QS World University Rankings is the most consulted ranking in the world by the international student community. The website where the results are published received 149 million visits in 2019, including students, the global academic community and the people responsible for performing international politics, which makes it the most consulted ranking of its kind.