Hyperloop UPV presents a new prototype, 4 times more powerful than its previous, with which it will try to win the Pod Competition III 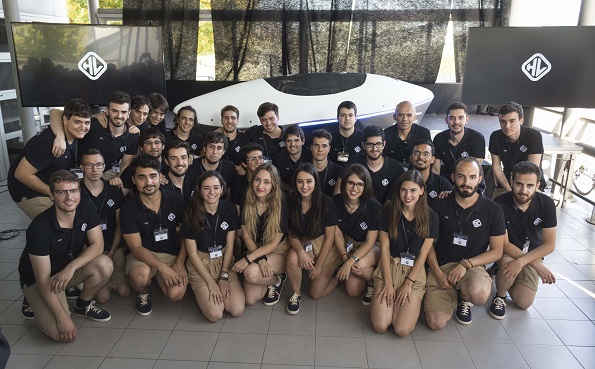 Hyperloop UPV, the team made up of thirty students and entrepreneurs from the Universitat Politècnica de València (UPV), presented Valentia, the prototype of the train of the future it will use to participate in the Hyperloop Pod Competition III, organized by SpaceX, which will be held in California next July.


In the words of the team captain, Javier Arroyo, "Valentia has the capability to take the best from an airplane, which is the speed with which you get places, together with the ease of taking a train, where if you miss one, you have another just minutes after".


During the event, the prototype was presented in its entirety, designed and built with the support of more than 50 businesses and institutions aspiring to collaborate in the triumph in a competition that "seeks to revolutionize the concept of travel on the world scale with the combination of aeronautical and railway technology".


4 times more powerful than the 2017 prototype


Arroyo explained that this new prototype "is four times more powerful than the Atlantic II, which we competed with last year, classifying in the top 10 best in the world at the final in Los Angeles". Now, their objective is to win. "We hope to reach 400 km/hr", he adds.


Valentia is three meters long and weighs almost 200 kilos. It has all the Hyperloop technology possible and next week it will fly directly to Los Angeles, where the batteries await it, sent by boat over a month ago. There, the team members will complete the construction process of the prototype.


More than 600 teams from prestigious universities around the world participated in the first phase of the Hyperloop Pod Competition III. Currently, only 20 of them have been selected, among which are the Technical University of Munich, the University of California or the University of Washington. Hyperloop UPV is, once again, the only Spanish team present in this edition, as well as in the final.


In previous editions, the project won awards in the categories of Best Conceptual Design and Best Propulsion/Compression Subsystem, in addition to the previously mentioned top 10 in the world last August with Atlantic II, prototype created in collaboration with Purdue University.


Hyperloop is a mode of transport of the future project based on a system of large-scale vacuum tubes, which are expected to circulate capsules that are able to transport passengers and goods at speeds exceeding 1,000 km/hr. in a completely sustainable way. This would make it possible, for instance, to travel from Valencia to Madrid in only 20 minutes.


Hyperloop UPV forms a part of the Spontaneous Generation program, an institutional platform of the UPV that encourages and supports participating in extracurricular activities, contributing to the students' educational development and the acquisition of transversal.