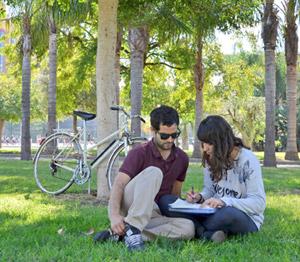 GreenMetric, the most important university environmental ranking system, has recognised the Universitat Politècnica de València (UPV) as one of the 200 universities that are most committed to sustainability and the environment in the whole world.

The results published in the latest edition (the UI GreenMetric World University Rankings 2021) rank the university currently led by José Esteban Capilla in 186th position, up 51 positions compared to the previous year, despite the increase in the number of institutions analysed: 956 universities (44 more than in 2020) from 80 countries.

In the Spanish Top 10, and the best polytechnic university in Spain

Within Spain, the UPV is in the top 10 of ranked institutions, and it is also recognised as the best polytechnic university in Spain in this field. Moreover, in terms of the six criteria used to carry out the classification (energy efficiency and the fight against climate change, waste management, water resources, infrastructure, non-polluting transportation and environmental education), the UPV is among the world’s top 100 universities according to GreenMetric. The UPV particularly stands out in two areas: energy efficiency and the fight against climate change, and waste management.

A dozen indicators, among other aspects, are analysed by GreenMetric experts when assessing criteria relating to energy efficiency and the fight against climate change, including: the use of energy-efficient electrical machinery, the implementation of the smart building programme, the number of renewable energy sources found on the different campuses, the use of electricity per amount of population, the proportion of renewable energy production relative to the total, the existence of programmes to reduce greenhouse gas emissions, the proportion of the total carbon footprint divided by the campus population, the number of innovative programmes carried out during the Covid-19 pandemic and the university’s programmes to impact climate change.

When it comes to waste management, the following aspects, among others, are taken into account: the existence of waste recycling programmes, actions against paper and plastic waste, and the treatment of organic and inorganic waste, toxic waste and wastewater.

Developed by the University of Indonesia (UI) in 2010 (95 universities from 35 countries took part in the initial edition), based on the aforementioned 6 criteria and a total of 37 indicators, GreenMetric is the benchmark ranking in the field of university sustainability, and its impact, in terms of awareness and results, is recognised all around the world.