Researchers from the Universitat Politècnica de València (UPV), belonging to the Centre for Biomaterials and Tissue Engineering (CBIT), have designed and characterized in vitro new neurocables for repairing nervous system injuries.

As the CBIT-UPV team explains, there is currently no effective clinical therapy for the regeneration of nerve injuries on nerve lengths greater than 2 cm, where the nerve cannot find its target and, often, that disoriented nerve ends up knotting itself into a painful ball called a neuroma.

In minor lesions, a nerve graft is used, usually from the patient himself (autograft) or from a donor (allograft). However, when it comes to large injuries greater than 2 cm in length, satisfactory results have not been achieved yet. Therefore, it is strategic to identify new ways to reconnect the severed nerves and to stimulate their repair and regeneration.

Given the impossibility of regenerating tracts in large nerve injuries, UPV researchers have suggested using a multimodular device called a neurocable as a solution to this problem. This device is made up of biomaterials with a cylindrical shape of natural and/or synthetic origin, inside which bundles of parallel fibrils are arranged to facilitate regeneration. In this way, the length of the neurocable may vary between 0.6 and 50 cm, depending on the size of the injury, and using a greater or lesser amount of cylindrical modules.

“Each neurocable it is capable of housing auxiliary cells inside to promote axonal growth, creating a structure similar to that of a nerve that is not damaged and that could be of help to promote functional recovery”, explains Cristina Martínez Ramos.

Designed and characterized in vitro in their laboratories –and patented by the UPV–, the concept behind neurocables could have a future application in the treatment of pathologies arising from injuries in the tract-like structures of the peripheral nervous system and the central nervous system, caused by trauma, neurodegenerative diseases, traffic and work accidents, wounds caused by firearms, etc.

“This technology has so far been characterized only in vitro, with implant prototypes capable of covering lesion lengths of around 2 cm. The promising in vitro results have led us to patent this idea, which must be validated through in vivo experiments in animal models with large injuries”, highlights Cristina Martínez Ramos. 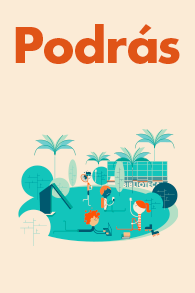