Which of the GPS devices is more accurate? 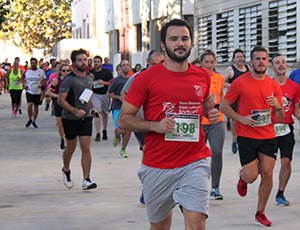 Which of the GPS devices used by marathon, half-marathon, long-distance or 10k runners is more accurate? Are sports or mobile phone watches better? Is there a difference between men and women when choosing one device or another? A team of researchers from the Polytechnic University of Valencia (UPV) has analysed 85 different models and over 70,000 pieces of data from the Berlin, Boston, Chicago, London, New York, Paris, Tokyo and Valencia marathons from 2016 to 2019, registered on the Strava platform. Among the many conclusions, the study shows that: price does not equate to accuracy in watches, and that men and women have different priorities when choosing them. The study has been published in the IEEE Consumer Electronics Magazine.

“From Strava, which offers open access data, we downloaded the device, the distance measured, the time and the gender of the participant. Grouping the data by device and measured distances, we can study the accuracy of each model, which is the main result of the article,” says Xavier Lluch, researcher at the Institute of Automation and Industrial Computing (ai2) of the UPV.

The study shows that, for an asphalt marathon or half-marathon runner, the best option would be an FR 235; for multi-sport, an FR 920XT or FR 735. “For trail running, it is hard to choose any, as they all have significant errors. In any case, Garmin Fenix 5 is one of the most popular models which offers the best results of its group. However, it is severely affected by the height of the buildings, which explains its worse results in cities such as New York or Chicago,” explains the ai2-UPV institute researcher.

Lluch stresses that there is currently a strong tendency to use mountain GPS devices in asphalt competitions, “and they are inaccurate when calculating distance and pace”. And out of all the analysed devices – watches, mobile phones, armbands, etc. – the GPS devices with the greatest inaccuracy are mobile phones.

Differences among men and women, and in Europe and the USA

In the study, the UPV researchers also verified that women use specialised watches a lot less. “A vast majority use their smartwatch or mobile phone watch to run and do not purchase a specific device. And the differences are even greater in the case of multi-sport and trail watches, whose users are predominantly men,” says Xavier Lluch.

There are also differences of use between Europe and the United States where, after Garmin, brands such as Polar and Suunto are almost marginal, whereas Apple, with its smartwatch and the iPhone, is dominant.

Alongside Xavier Lluch, other participants in the study were Ramón Mollá, from the ai2 institute, Ángeles Calduch, from the Department of Statistics and Applied Operative Research and Quality, and Miguel Rebollo, from the Valencian Research Institute for Artificial Intelligence.

The team of the UPV has also opened new lines of work in which they will analyse, using big data techniques, the performance of the runners during marathons and half-marathons, studying the evolution of their pulse rate in short periods of time (a few seconds).

“This type of applications can be very useful in a sector which is constantly growing like the physical activity sector, and not only for professionals, but also for amateur athletes who wish to improve their record,” concludes Lluch.