The Universitat Politècnica de València, once again, is included among the top 500 universities in the world in Life Sciences 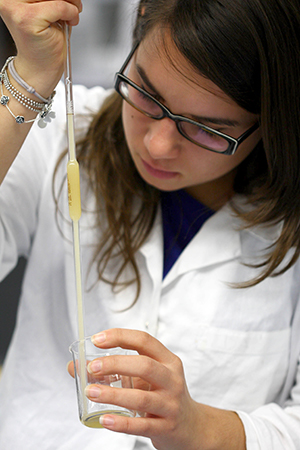 The Universitat Politècnica de València (UPV) has been included, for yet another year, among the 500 best universities in the world in Life Sciences - a field that provides for agricultural and forestry sciences, biology, veterinary medicine, and sports science - in the latest edition of the Times Higher Education (THE) ranking by subject.

Thus, the institution currently directed by José E. Capilla, which has been at least in the rank as mentioned earlier since the creation of the indicator above (this is the sixth edition), is the best university in the Community in this area (equal with the Universitat de València).

A prestige recognised by all the leading international rankings

The recognition of THE, which considers UPV one of the 300 universities with the most significant economic and social impact globally, is joined by the rest of the most prestigious international university rankings.

Thus, the Academic Ranking of World Universities (ARWU, popularly known as the Shanghai ranking) ranks UPV as the best Technical University in Spain and includes it, for the 18th consecutive year, among the 500 best universities in the world.

For its part, the QS World University Rankings included the UPV in the world's top 400 last June and named it the best university in the Valencian Community.