The most outstanding researchers worldwide 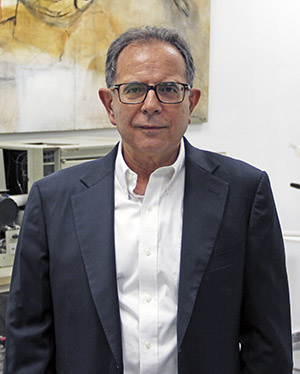 Ninety-nine researchers from the Universitat Politècnica de València (UPV) appear in the "Ranking of the World Scientists: World's Top 2% Scientists". This ranking, prepared by Stanford University, lists the most outstanding researchers worldwide.

The Stanford ranking actually includes two lists: one that evaluates the scientists’ careers based on their publications between 1996 and 2020, and another one that only takes into account the last year, 2020. Forty-nine of the ninety-nine UPV scientists included in the Stanford ranking appear in both lists. Avelino Corma, a distinguished researcher at the Universitat Politècnica de València, working at the Institute for Chemical Technology (ITQ, a joint UPV-CSIC centre), stands out in both. In the first list –the one evaluating the scientists’ careers– Corma ranks 28th, and 1st among the Spanish researchers included.

The UPV scientists featured in this prestigious ranking stand out in many fields of knowledge, such as chemistry, agricultural engineering, telecommunications, biotechnology, industrial engineering, computer science, hydrogeology, bioengineering, artificial intelligence or molecular biology, among others.

In the list based on scientific production between 1996 and 2020, the second of the UPV researchers featured is Hermenegildo García, who is also a researcher at the Institute for Chemical Technology (ITQ), and last November was awarded the National Research "Enrique Moles" Award 2021 for Chemical Science and Technology. Third in the list is Ramón Serrano, a professor and researcher at the Institute for Plant Molecular and Cellular Biology (IBMCP, UPV-CSIC). García is 16038th in the world ranking, and Serrano, 16833rd.

Eighty-one UPV researchers are among the most cited in 2020

The list taking into account only the year 2020 places 81 UPV scientists among the most cited worldwide. Avelino Corma and Hermenegildo García respectively rank first and second among UPV researchers in this list too. Third is Manuel Moliner, who is also a researcher at the Institute for Chemical Technology. Fourth is Jaime Lloret, a researcher at the Research Institute for the Integrated Management of Coastal Areas (IGIC, UPV Gandia campus). Finally, Rafael Cortell, who was a professor of Physics at the School of Civil Engineering, completes the UPV top 5 for this list.

The ranking was prepared by John Loannidis (Stanford University), Jeroen Baas (Elsevier B. V.) and Kevin W. Boyack (SciTech Strategies). They made use of the information on researchers’ publications in the Scopus database for the 1996-2020 period, and took into account the amount of articles published by the scientists, the number of citations that each article obtained, and the time that the scientists have been active in research.