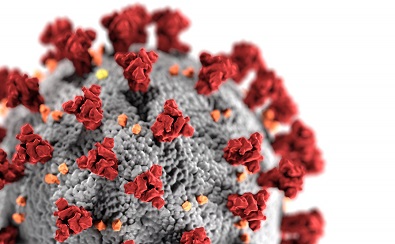 Researchers from the Universitat Politècnica de València, belonging to the ALFA group of the Valencian Institute of Artificial Intelligence (VRAIN), have participated in the development and validation of a new pandemic simulator that helps to predict the evolution of pandemics in different epidemiological scenarios. The system, called LOIMOS, has been developed in the context of COVID-19, and its results are limited to the SARS-CoV-2 virus. It could, however, be applied to the study of any other pandemic.

"LOIMOS’ versatility makes it a very useful tool for decision-making on non-pharmaceutical measures to limit virus transmission, both in this pandemic and in other future ones. You can draw multiple scenarios, formulate all the questions and hypotheses you need, and predict their effects. This is very helpful to decide what steps need to be taken, and to find out those that will be most effective to prevent, or at least to limit, the spread of the virus," says José M. Sempere, a researcher in the Universitat Politècnica de València’s ALFA-VRAIN group.

Virtual and hierarchical design of virus behaviour and evolution

The system is based on membrane computing models, which facilitate the virtual design of virus behaviour in different environments and conditions, at different levels of severity.

"These models reproduce viruses and their interactions with an unprecedented level of detail. In this way, you can assess and predict virus incidence in a given neighbourhood, city or country, under a variety of circumstances, and observe its short-, medium- and long-term evolution," explains José M. Sempere.

"The important thing about this system is that it allows you to simulate certain circumstances —for example, different types of preventive measures— to assess the different infection rates that they lead to, and the variation of those rates in the population over time. Obviously, changing the circumstances may lead to different virus effects. That is why it is so important to have a tool like the one developed here: because it can help to suggest effective measures against the spread of this and other epidemics, caused by viruses and any other pathogens," explains Andrés Moya, a researcher at Fisabio, the UV and CSIC.

LOIMOS, unlike other models used to date, includes different hierarchical levels that interact with each other. Thus, by changing a parameter in one of these levels, you can see the effects not just on that level, but also on the rest of them. "For instance, in this model you can extend the period during which the virus can be transmitted and see how this affects the number of people who go to work," explains Marcelino Campos, a researcher at IRYCIS, and also in the Universitat Politècnica de València’s ALFA-VRAIN Institute group.

Among other variables, LOIMOS allows users to change the type of infection (asymptomatic or symptomatic), the degree of immunity acquired after recovering from the infection, and the infection duration and rate (different values can be set up according to the area and age range of the infected persons, or to the mechanics of the infection).

"In the latter case, when simulating the infection, we can define: its growth; how the immune system reacts to it at first; when can immunity to it be generated, and the probabilities of this happening (which can also be different depending on the age range); and also its effects on the infected person (no symptoms, mild symptoms, severe symptoms, critical symptoms, or death)," adds Marcelino Campos.

The scenario is a European town with a population of 10,000

To validate LOIMOS, the research team applied the system to a fictitious typical European city with a population of just over 10,000, recreating the epidemic dynamics and the effects of immunity on SARS-CoV-2 virus transmission in different age groups.

One of the most relevant findings was the importance of focusing early efforts on the most susceptible and the most elderly. "If we isolate these people as soon as the infections start, we manage to slow transmission down a little, but where the impact of such a course of action is most noticeable is in the health resources used and in the mortality rate, since these people are most likely to suffer the worst symptoms when they become infected," adds Campos.

The LOIMOS team is currently working on incorporating the simulation of the impact of new strains during the vaccination period into the model.

The types of data that LOIMOS works with

One of the most outstanding features of models such as LOIMOS is their contribution to providing information to make up for the impossibility of testing in real life. The LOIMOS team works with three types of data: firstly, data that can be extracted from existing knowledge; secondly, data that can be directly measured; and thirdly, data that must be inferred. "In models like LOIMOS, a great effort has been made to fine-tune the latter type of data as much as possible. We test many values in different experiments, looking for results that are as close as possible to reality. Finding possible values for these parameters can be very valuable to biologists for their own studies," concludes Marcelino Campos.