The UPV is in the top 5 of Spanish universities, their leader in teaching, and in the top 10 regarding both the total volume of results, and research and innovationand 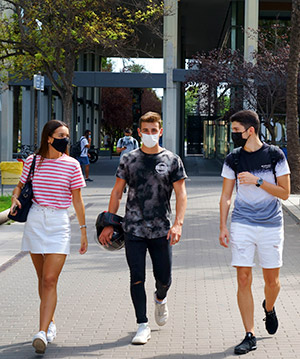 The Universitat Politècnica de València (UPV) is in the top five of Spanish universities according to the ninth edition of the U-Ranking, which ranks Spain’s universities based on their teaching, research and innovation results.

The U-Ranking is prepared by the Fundación BBVA and the Institut Valencià d’Investigacions Econòmiques (Valencian Institute of Economic Research, IVIE). This year’s edition places the UPV in fourth place in the overall ranking, tied with the Universitat Autònoma de Barcelona. It also shows that the UPV is the only alternative to the Madrid-Barcelona axis in the Spanish top five.

A national benchmark in teaching

Likewise, the U-Ranking places the Valencian polytechnic university, currently led by Rector José E. Capilla, as a national reference in teaching, and in the top 10 regarding both the total volume of results, and research and innovation (in both instances, the UPV is ranked 7th).

This year, 98 % of the Spanish university system has been analysed

Therefore, the U-Ranking analyses 72 public and private universities, and examines more than 3,400 degrees and double degrees, thus covering 98 % of the Spanish university system in terms of the number of undergraduate students.