The UPV is an international benchmark in 15 degrees according to the latest edition of the list, which includes a comparative analysis of almost 14,000 university programmes 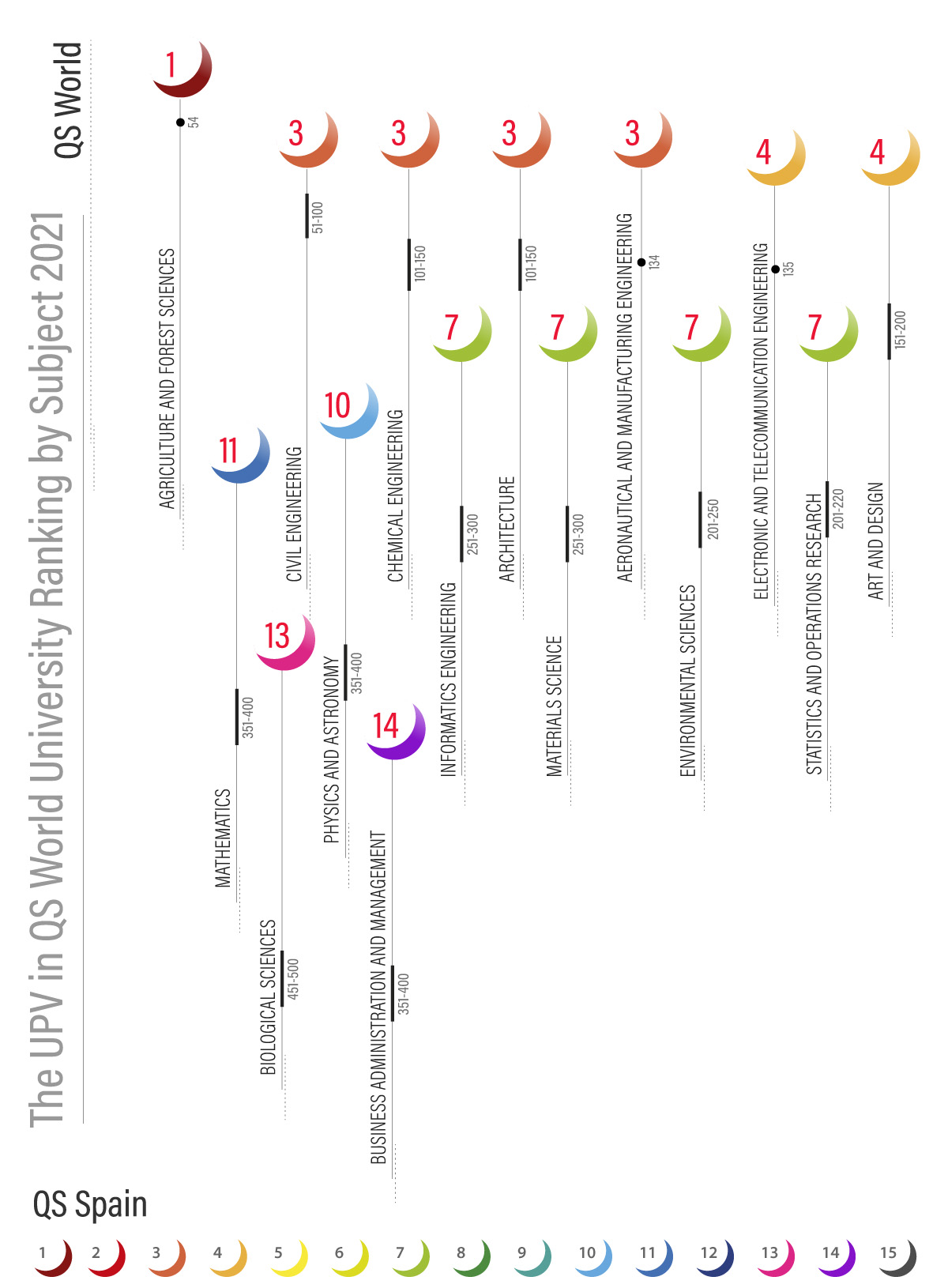 The Universitat Politècnica de València (UPV) is the best Spanish university to study Agriculture and Forest Sciences, and ranks 54th in the world by subjects, according to the information published by the QS World University Rankings.

For the first time, the UPV studies of Statistics and Operations Research reached seventh place among Spanish universities in this edition ?the same place as Environmental Sciences, Materials Science, and Informatics Engineering. Physics and Astronomy were ranked in tenth place, with Mathematics following suit right behind and Biological Sciences in thirteenth place, and Business Administration and Management in fourteenth place.

Civil Engineering ranks among the top 100 in the world, while Mechanical, Aeronautical and Manufacturing Engineering appear in 134th place, and Electrical, Electronic and Telecommunication Engineering, in 135th place. Chemical Engineering and Architecture are in the world top 150.

According to the UPV's rector, Francisco Mora, these data "consolidate the good, ever better, path that this University is taking" as evidenced by the inclusion of new disciplines among the best in the world. In the rector's opinion, "what really matters is the trend, rather than the position itself. And the trend shows that this university is committed to continuous improvement and a positive evolution".

QS Quacquarelli Symonds is the world's leading provider of research, analytic data and services within the higher education industry. To prepare this ranking, it performs a comparative analysis of 13,883 individual university programmes, in 1,440 universities, 51 academic disciplines and 5 broad areas of faculty.

This is how it assesses the work of universities in 48 disciplines, grouped into 5 major areas of knowledge: Arts and Humanities; Engineering and Technology; Life Sciences and Medicine; Natural Sciences; and Social Sciences and Business Management.

The QS World University Rankings listings were launched in 2004. Its main website https://www.topuniversities.com/ ?where the rankings are hosted? received 147 million visits in 2020.