The UPV, best university in Spain to study Fine Arts and Biotechnology, and among the top three in Spain up to 11 degrees 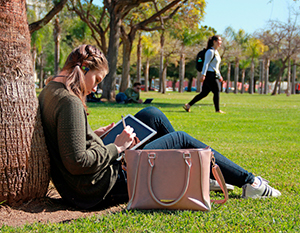 The Universitat Politècnica de València (UPV) is, according to the 2019 ranking of the 50 most popular degrees published by the newspaper El Mundo, the best university in Spain to study Biotechnology and Fine Arts.

In addition, the UPV is ranked in the top three at national level up to 11 degrees, and is the fourth best in Spain in one more degree. Specifically, the institution currently run by Francisco Mora is the second most prominent in the country to study Food Science and Technology, Building, Mechanical Engineering and Telecommunications Technology Engineering; the third best in the bachelor degrees of Chemical Engineering, Architecture, Civil Engineering, Engineering in Industrial Technologies and Electrical Engineering; and is ranked fourth in Computer Engineering.

The UPV, the main alternative to the Madrid-Barcelona axis

Therefore, of the 50 degrees most requested by students, the UPV is in the top four in 12 of them, being the sixth in Spain with the highest presence in the ranking, only below five universities in the Madrid-Barcelona axis. The UPV is even ranked ahead of another relevant institution, the Universitat Politècnica de Catalunya (UPC), which has 11 degrees among the top five in Spain.

It doubles the results of all the other Valencian universities combined

Not surprisingly, the 12 UPV mentions in the 2019 El Mundo Ranking represent double than those added by all other universities, both public and private, in the Valencian Community: the Universitat d’Alacant (4), the Universitat de València (1) and the Universitat Jaume I (1).

In this way, the UPV clearly reaffirms its leadership at the Valencian level, as well as its status as a benchmark university at the Spanish level.

The national leadership of the UPV Faculty of Fine Arts is absolutely indisputable, considered the best of the entire Spanish university system for 16 years in a row.

"The only Faculty of Fine Arts attached to a polytechnic university", as stated in El Mundo, “a powerful technological approach applied to contemporary artistic processes is reflected in the design of its degrees. It also offers a significant number of official and own master's degrees".

Along with its dominance in Fine Arts, the UPV is also consolidating its Degree in Biotechnology, highlighted by El Mundo, for the third consecutive year, as the best in Spain.

"Its graduates acquire the necessary skills to be able to fulfil different profiles: lecturer/researcher, industrial biomedical and biotechnology expert", and "most of the internships are carried out in research centres, universities and the health sector (hospitals)", highlights the ranking.

The only polytechnic university in Spain present in the Shanghai ranking

These recognitions, granted by El Mundo, undoubtedly frame the international endorsement received by the UPV, only polytechnic university in Spain present in the Shanghai ranking (ARWU), considered the most prestigious university indicator in the world.

In addition to the ARWU - a pioneering world university ranking (its initial edition took place in 2003), which has been including the UPV for 14 consecutive years among the 500 highest-quality universities in the world, in a pool of over 20,000 higher education centres. Likewise, the two other main university rankings in the world, QS and THE, endorse the teaching level of this Valencian polytechnic university.

Thus, in its most recent edition (June 2018), the QS World University Rankings, prepared by the consulting firm Quacquarelli Symonds, ranked the UPV in the best position in its history, 310th, advancing 63 positions with respect to the previous publication of the same indicator.

A week later, the Times Higher Education (THE) magazine ranked, once more, the UPV among the 150 best universities in the world less than 50 years of history. 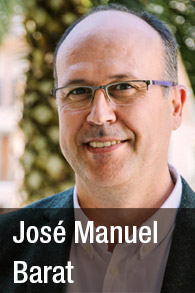