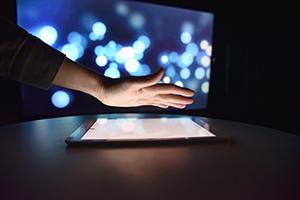 This year, The Universitat Politècnica de València (UPV) has earned the best ranking in its history in the QS World University Ranking, one of the three most prestigious international university indicators, along with Shanghai (ARWU) and the Times Higher Education (THE).


In particular, the ranking prepared annually by Quacquarelli Symonds places the UPV in 310th place in the world. As such, it climbed 63 places from it's previous high: 373rd obtained last year.


The UPV is also the only university in the Comunitat Valenciana among the top 500 in the world. Of the indicators that were measured, the highlight is the ratio of professors to students, where it was ranked in the global top 200, specifically earning the 126th spot.


On the national level, the QS World Ranking lists the UPV in the 9th spot -maintaining the same ranking as last year-, out of a total of 25 universities that managed to be included in this prestigious international classification. In addition, the UPV is among the country's most outstanding in three more areas: business reputation and academic reputation -where it is ranked among the top 400 in the world and also in number of international students-.


On the national level, 13 of the 25 universities present in the ranking -among them, the UPV- improved their ranking from last year. In this regard, the authors of the QS Ranking point out that "the Spanish universities mainly ranked higher thanks to the improvements made by QS regarding the reputation indicators. The academic reputation indicator, which measures the opinions of more than 82,000 faculty members, shows that 22 Spanish universities have improved their performance".


The QS World University Ranking, which has been published annually since 2004, analyzes 6 indicators: academic reputation, employer reputation, faculty to student ratio, number of bibliographic citations, and the proportion of international students/faculty.